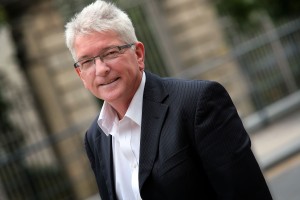 I have long wanted to write a book, but never seemed to find the time. However, when I negotiated redundancy in 2009 my mind returned to the possibility of writing again. And early in 2013 I finally started putting fingers to keyboard. The result was my first novel, a 94,000 word thriller about modern-day piracy and how a unit of dedicated sailors is formed to defeat this 21st century crime.

Having published that in 2014 I started my second novel, The Savage Seas. In this, some of the characters from The Killing Seas return to the front line of maritime crime fighting. Now, though, their adversaries are another evil bunch of criminals: human traffickers. Taking African women and children from their homelands across for sale in South America is one aspect of the crime that will horrify. Selling those same victims into trades as diverse as domestic service, factory labouring and the sex industry adds an extra dimension that the IMP must fight. And a further twist is the potential for selling some of the slaves to a terrorist gang to be used as decoys in a widespread bombing campaign on American soil.

For The Golden Seas, my third novel, I went back to my roots: Cornwall. Whilst I was born and raised in the County I also enjoyed many holidays there. Those that stand out are the times I spent on the Isles of Scilly. We had relatives over there and stayed with them during the summer. For anyone who has sailed to the islands on the ferry – Scillonian – they will recall two things: firstly, the sea trip could be one of the roughest in the world. Not for nothing was the Scillonian known as the Vomit Comet. But, the second memory will always be the sheer beauty of these wonderful islands. In locating much of Golden there I recalled many boyhood memories not only of the scenery, but also of the isolation and the mighty seas that surrounded this most westerly part of England. In this story we see the return of Ellie and Ben, but this time they are joined in the field by the Commodore.

For Book 4 – African Storm – I reflected on the corruption that surrounds us and the way in which some people take almighty risks to expose it. Set largely in Africa, but also in the Mediterranean, this story-line follows a government minister who enlists the help of the IMP to expose a government that is rotten to the core. As always, the bulk of the action takes place on the oceans, but this time there is also much activity in the African jungle and some of the seedier areas of the world’s harbours.

My choice of plot in all books reflects, to some extent, my favourite fiction authors. From today these are people like John Grisham, David Baldacci and Lee Childs. From further back, Agatha Christie, Conan Doyle and Leslie Charteris. But of more relevance are authors such as Alistair Maclean, Douglas Reeman and Nicholas Monsarrat. All these wrote about the sea, ships and sailors. I would not be so conceited as to say that I have matched their quality of prose, but I find their style of writing understandable, easy to read and hugely enjoyable. Not to mention how they had a gift for immersing me in their stories.

My debut, and subsequent, novels’ target audience, like those of the above authors, is adults. Probably people with an interest in the sea and merchant shipping – which includes those who have travelled on ferries and cruise liners as well as those with a more direct connection or interest. It extends to those who, whilst on holiday, have watched ships sailing in and out of harbours and wondered what cargoes those ships carried, what ports they had visited and where they were going next. In short, the audience could be anyone of us who looks at the sea and wonders about those who use it to earn a living.

With that in mind, I try to tell stories about vessels that travel the world’s oceans in calm and stormy weather, literally and figuratively. Ships that carry most of what we eat, drink, wear and use. Stories about ships and the people who love, or abuse, them that will attract readers who like characters they can understand and characters with whom they can empathise.

The underpinning story lines are influenced hugely by my first career after leaving school: that of a Merchant Navy navigator. As a Cornishman raised with the sounds of waves crashing on to the shore below my bedroom, this was, perhaps inevitable. I followed that career into my twenties before coming ashore and joining the Civil Service.

On a more personal note, I have been self-employed since 2009, helping small businesses by providing time-bound managerial support. The support varies from conducting market research to training their board directors in corporate responsibilities. I am married, with two adult children and a six year old Border Collie. My interests are walking, reading and playing occasional rounds of golf.