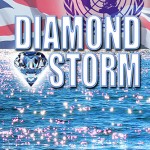 Angola in West Africa is the world’s single biggest exporter of illegal Blood Diamonds and the recently elected democratic government wants to eradicate this export and the trade routes. After their own security services fail, the President asks the International Marine Police for help, which means the IMP going up against the smugglers and the country’s most wanted criminal.

IMP Commander Ellie Bannerman arrives in Angola to track the diamond trade. But, investigations are not her strength; Ellie is a doer, better in chasing down pirates and people traffickers than in the subtle interrogation of potential criminals. Nonetheless she quickly identifies a potential lead and gets back into the action she desperately craves. In the process she identifies a potential smuggling ship that looks too innocent to be true.

In the midst of her progress the ship leaves Angola, with the latest shipment of diamonds aboard, bound for the port of Penzance in England. Here Will Richards, a local gangster, waits to transport the diamonds to Amsterdam where they will be processed and sold into the legitimate diamond trade by a diamond cutter who has links into Angola himself.

Before Richards can transfer the diamonds, Ben Petersen, Ellie’s boyfriend and a fellow IMP field commander, joins the local Revenue and Customs unit to track any suspicious cargoes arriving in this remote port. And identifies Richards as a possible smuggler.

As if diamond smuggling wasn’t enough to contend with, Ben soon finds out that the ship that may be carrying the diamonds also bears another unexpected cargo: kidnapped women and children destined to be sold into slavery. One of the young women is the daughter of a senior officer in the Angolan army, a man who has already lost his wife to cancer. His only child awaits her chance to escape and get help for her fellow prisoners, but previous escapees have been killed out of hand as a lesson to others.

The instigator behind the smuggling is Malia Odobi, one of Angola’s most successful gang-land criminals. Now that he has added people trafficking to his diamond smuggling work he sees a prosperous future and early retirement, the more so when these activities are a highly profitable addition to his already expanding empire: drugs, tobacco, arms and anything capable of being smuggled have already helped him buy and run his own merchant ship to carry his goods. And this has added hundreds of millions of dollars to his offshore accounts.

The story follows Ben’s attempt to follow the blood diamonds through England and on to the European mainland, whilst helping the potential escapee get back to her family. And as the story unfolds, Ellie gambles her life in Angola forcing Ben to continue his fight not knowing whether the love of his life has survived.

Please Click Here to get Diamond Storm on your Kindle device

The Killing Seas: A Synopsis 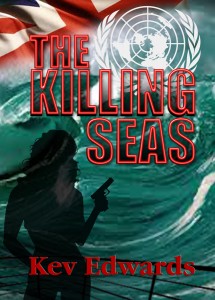 This thriller, set in 2013, introduces the International Marine Police, an agency of the United Nations, and its role in battling 21st Century piracy, a crime that costs the world $18 Billion each year. The IMP is just six years old, the brainchild of former Merchant Navy Commodore William Smart who is supported by his Boss, Jasmina Omondi, the world’s leading diplomat and UN Secretary General. To pirates, Jas is a sworn enemy, and to Carlo Pietri, the most vicious and aggressive of pirate chiefs, she must die because her diplomatic efforts have forced him to move his sphere of operations and lose many millions of dollars in ransom money. This thriller follows the struggle to bring Pietri to account, using Jas as the human bait in a nautical trap. The trap is the MV Orcoma, a luxury passenger/container ship sailing from England, through the Caribbean and on to the South American coastline, where Pietri hijacks her.

Two key action-oriented characters are IMP senior field commanders, both ex Merchant Navy Officers themselves. One, Ellie Bannerman, is a Marine Engineer who was attacked in an attempted rape at sea. Here, Ellie returns to sea as Chief Engineer, joining Jasmina aboard the Orcoma. It is Ellie’s responsibility to keep the world’s leading diplomat safe. The other IMP Commander is Ben Petersen, an ex-Chief Officer whose wife was murdered during an unsuccessful hijack attempt by Pietri. He will lead a support unit of IMP personnel and US Navy SEALs, helping Ellie close the trap once the pirates board the Orcoma.

These leading characters are ably supported by Jake Stanley, a highly experienced US Navy SEAL; Pete Davey, an International Marine Police officer; Captain Geli, a South American tugboat captain and IMP undercover agent; and the Commodore’s own back room staff.

With the UN Secretary General’s very life at risk, Ellie and Ben must use all their wits to prevent Pietri from wreaking a horrible revenge.

The Savage Seas: A Synopsis 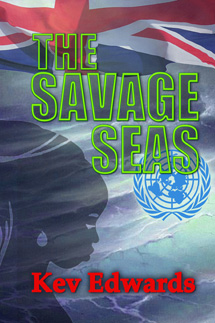 Gabriel Obi, a former African terrorist turned criminal, snatches women and children from Somalian villages and ships them to a small port in Peru. Here, Obi teams up with Raol Santos, a violent gang leader who arranges the sale of the captives to the highest bidder. Amongst the captives in the first slave shipment is Amal, an eight year old girl destined for a miserable life as a domestic servant or for an even worse life in America’s underage sex trade. Meanwhile, on American soil the Security Services unearth a terrorist plot to launch a simultaneous and coordinated attack on a series of, so far undisclosed, targets, killing thousands of people on a scale never before seen in a Western country. The terrorists will use the captured women and children as shields working alongside their own men.

This story sees the return of two leading characters from The Killing Seas, both ex Merchant Navy Officers and both in their mid-thirties. The first is Ellie Bannerman, a Marine Engineer. In this novel Ellie leads the attacks on the Peruvian end of the trafficking pipeline. The other character is Ben Petersen, a former Merchant Navy Chief Officer who will lead the fight against Obi. They are joined once more by US Navy SEAL Jake Stanley and IMP undercover agent Pete Davey.

A second shipment of captives is almost ready to be transported and the FBI and CIA are desperate to identify the terrorist targets. The IMP joins them to bring the misery of human trafficking to an end and eliminate the threat of the brutal attacks.

Please Click Here to get The Savage Seas on your Kindle device.

The Golden Seas: A Synopsis 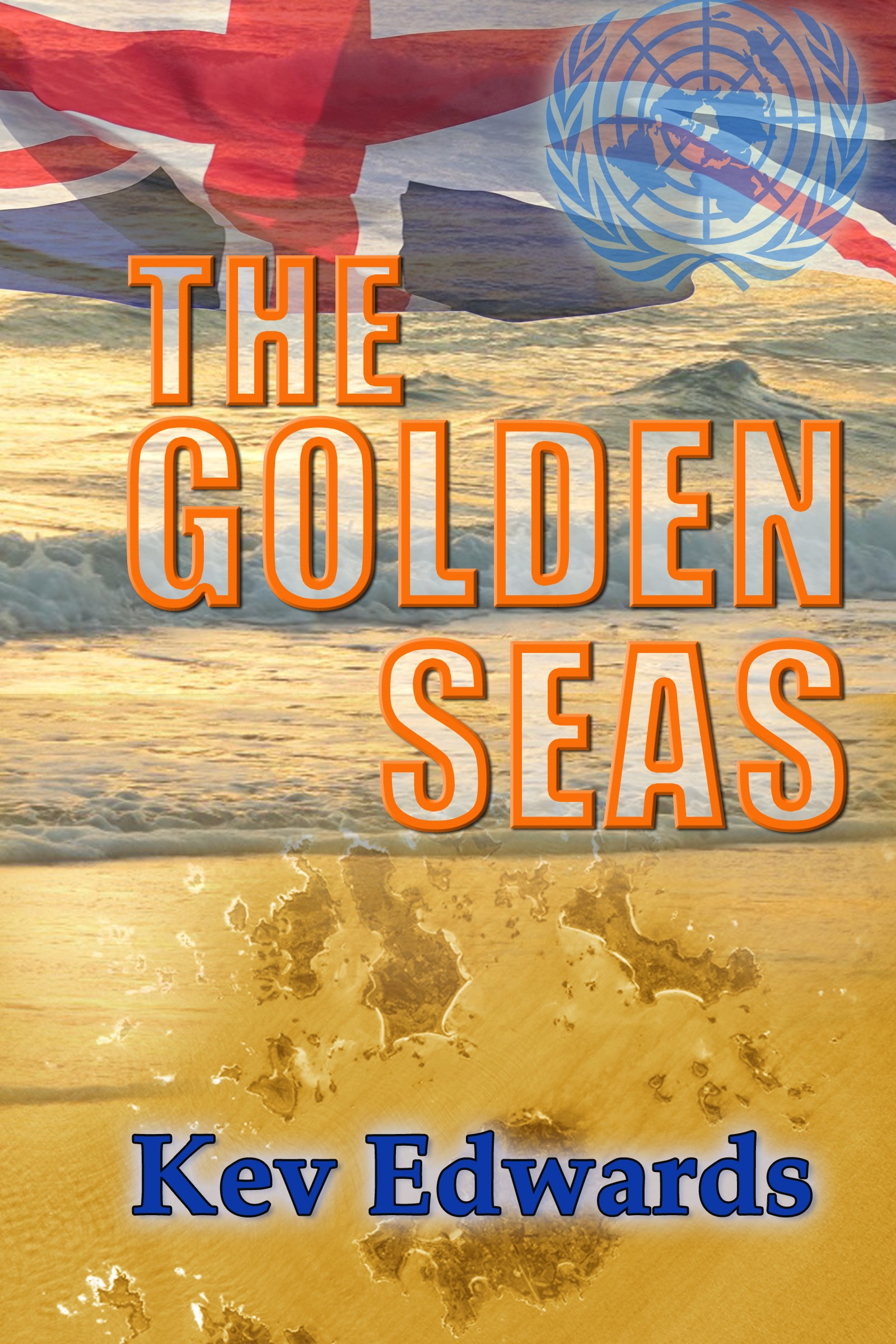 The third thriller in the International Marine Police series follows the International Marine Police Chief’s personal fight against a gang seeking to steal Cold War chemical weapons from their secreted location off the coast of Cornwall. Former Merchant Navy Commodore William Smart calls in two of his most experienced and operatives, Ellie Bannerman and Ben Petersen, to bring the gang to justice.

The story started in 1962, long before the IMP sprang into existence, when the British Government feared that Russia would use nuclear weapons to attack Great Britain. So, they resurrected plans, first used in 1939, to ship the country’s gold reserves to safety in Canada for use after the coming holocaust. But, a small portion was hidden closer to home to finance guerrilla warfare and resistance against the invaders.

Sworn to secrecy, Bank of England staff, guarded by the Special Boat Service, packed the gold into boxes and transported it to the Cornish port of Falmouth. There they loaded it on to a ship which joined a heavily protected Royal Navy convoy bound for Halifax, Nova Scotia.

And, unknown to all but a chosen few, the SBS loaded that small portion, just nine tons of the bullion, on to a fishing trawler with the task of secreting the gold in the sea off the Isles of Scilly. Known to even fewer, the SBS loaded ten other, smaller, cases containing one of the deadliest chemical weapons ever made, alongside the gold. There was no known antidote to this hideous weapon and the Government wanted it sealed in lead and concrete and lost deep in the Atlantic Ocean, never to be found. Their worst case scenario was to allow the chemicals to fall into Russian hands.

Soon after the destroyers left Falmouth for Nova Scotia, the trawler left, too. A week later the Royal Navy convoy arrived safely in Halifax, Nova Scotia. But, the trawler was never heard of again until a series of events coincided in Autumn 2014.

The first seemed innocent enough. Scuba divers had long been a common sight around the Scilly Isles, diving on the estimated five hundred ships which had foundered on the surrounding reefs and rocks. 2014 wasn’t the first year in which divers had accidents. But it was the first time that two divers resurfaced, screaming in agony and with their wetsuits, literally, smouldering and flaking from their tortured bodies. By the time rescue boats arrived the men were dead.

The second event was the equally horrible death of two local fishermen who had brought a seemingly diseased shark into their boat. And the third event was as perplexing, but more upsetting to the islanders. A boat carrying illegal immigrants, men women and children, sank off the Islands and all aboard died. Some were washed up on the shoreline, horribly mutilated and with parts of their body looking as though they had been burnt.

A fourth, seemingly unrelated, event affected each of the 2,500 strong Scillonian population. When the local fishery protection vessel was lying at anchor off the islands she was rocked by a huge explosion and an enormous inferno engulfed her. There were no survivors.

Amongst those on the islands during this time was Commodore William Smart, Head of the International Marine Police who had been holidaying on St Mary’s whilst investigating the disappearance of the gold lost over fifty years earlier.

And so began the IMP’s latest mission: was there a connection between the seemingly unrelated events. If so, what was it? The Commodore asks Ben Petersen and Ellie Bannerman, two of his top operatives, to help him find the gold and work out why four such appalling tragedies occurred close to one of the country’s most scenic and peaceful holiday resorts. 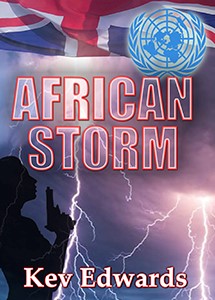 A young family from Morundi, in Southern Africa, flees their home but this family are no ordinary refugees, as Reggie Coutzee was until recently a senior Government minister, now on the run and hunted by the Government’s Secret Police.

Reggie carries with him a memory stick full of millions of records showing the extent of corruption and genocide in the country of his birth. Records that also provide clear evidence of government-subsidised piracy and human trafficking. And senior government ministers stealing billions of dollars of overseas aid for investment into off-shore accounts.

As Reggie and his family try to escape their pursuers, Morundi’s latest government-inspired crime wave is about to start: hijacking cargo ships and loading them with enough explosive to destroy the world’s largest seaports. The Morundians plan to hold the world’s richest nations – the so-called G7- to ransom: either pay up or we will destroy your ports.

But, the United Nations opposes the demands. None of its member states wishes to see its borders opened wide to anyone, a demand of the anonymous attackers. Instead of acceding to the blackmail threat, the Council orders the International Marine Police to intervene and rescue Reggie as well as identify and catch the blackmailers.

The story follows the plight of the young family as they struggle to flee their country with the help of the UN’s IMP commanders Ellie Bannerman and Ben Petersen. While Commander William Smart, the IMP’s Commander in Chief leads the race to find those who would steal ships and slaughter innocent crew members.

Please Click Here to get African Storm on your Kindle device